The government agency that operates San Francisco’s iconic Golden Gate Bridge has a dedicated team of more than 30 full-time painters engaged in a never-ending effort to keep the bridge protected. If you’re a painter assigned to the Golden Gate, it would seem that you have a job for life helping keep this national treasure from the corrosive impact of saltwater, marine air and pollution.

It’s expensive to perform continuous maintenance. Rather than keeping the bridge in pristine condition, the government could opt to merely let the bridge deteriorate over time, preferring to replace the old bridge every few decades – though that would be much more costly in the long run.

We face similar decisions in our professional lives. Think about the people you’ve known: There are those who leave the bridges they cross to deteriorate through neglect, and those who, with malicious intent, burn every bridge behind them. And, there are those who are careful to paint each bridge they cross.

The bridge-burners invariably leave a company unhappy and intent upon inflicting reputational and financial damage on their former colleagues. They feel wronged and they want the world to know it. Bridge-burners may feel some degree of satisfaction in their efforts, but few ever inflict serious harm on a worthy company. Serial bridge burners, in fact, usually create more damage to their own reputations that they do to their former workplaces.

Most people leave quietly, understanding that either the job or the company just wasn’t a good career fit. They may have met many bright and influential colleagues along the way, and they may have invested time and emotion in building these relationships, but when they move on, they essentially pack these former co-workers and supervisors up in psychic storage boxes and move them out of sight. When they leave, these people seldom look back. They are content to let old contacts decay over time, preferring to focus on building a new set of connections.

Then there are the painters.

A mentor of mine spent many years toiling in the often corrosive political environment of Washington, D.C. Years after he left the capitol to pursue other interests, it amazed me at the variety of people he knew. They included politicians, staffers, business leaders, journalists and lobbyists, and they labored on both sides of the aisle.  My friend kept in touch just frequently enough to keep his name and memory alive. Most would never probably be helpful or ask his assistance, but the occasional referral could have a positive impact on his reputation or career.

“Whenever I left a job, I’d make a point to say nice things,” he said. “Never burn a bridge behind you, even though you may never need to cross it again. Fix the bridge, repaint it, but never, ever inflict damage – even if you really believe that it ‘deserves’ to be burned.”

He understood that a smoldering bridge is a future opportunity forever lost, a blight in the rear-view mirror of your career. Instead he remained focused on the next bridge he crossed.

After all, that bridge is just around the corner, and it may just be begging for a fresh coat of paint. 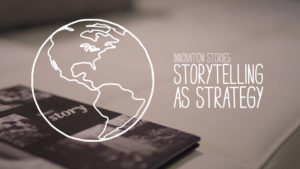